IL The Spartans of the West No WORLD-MOVEMENT ever yet grew as a mere doctrine. It must have some noble example; a Hvingj appealing personality; some man to whom we can point and say, "This is what we mean." All the great faiths of the world have had such a man, and for lack of one, many great and flawless truths have passed into the lumber-room. To exemplify my outdoor movement, I must have a man who was of this country and cUmate; who was physically beautiful, clean, unsordid, high-minded, heroic, picturesque, and a master of Woodcraft, besides which, he must be al- ready well-known. I would gladly have taken a man of our own race, but I could find none. RoUo the Sea-King, King Arthur, Leif Ericsson, Robin Hood, Leatherstocking, all suggested themselves, but none seemed to meet the requirements, and most were mere shadows, utterly un- known. Surely, all this pointed the same way. There was but one figure that seemed to answer all these needs: that was the Ideal Indian of Fenimore Cooper and Long- fellow. For this reason, I took the Native American, and called my organization "Woodcraft Indians."* And yet, I am told that the prejudice against the word "Indian" has hurt the movement immensely. If so, it is because we do not know what the Indian was, arid this I shall make it my •Also called Seton Indians and Indian- Scouts. 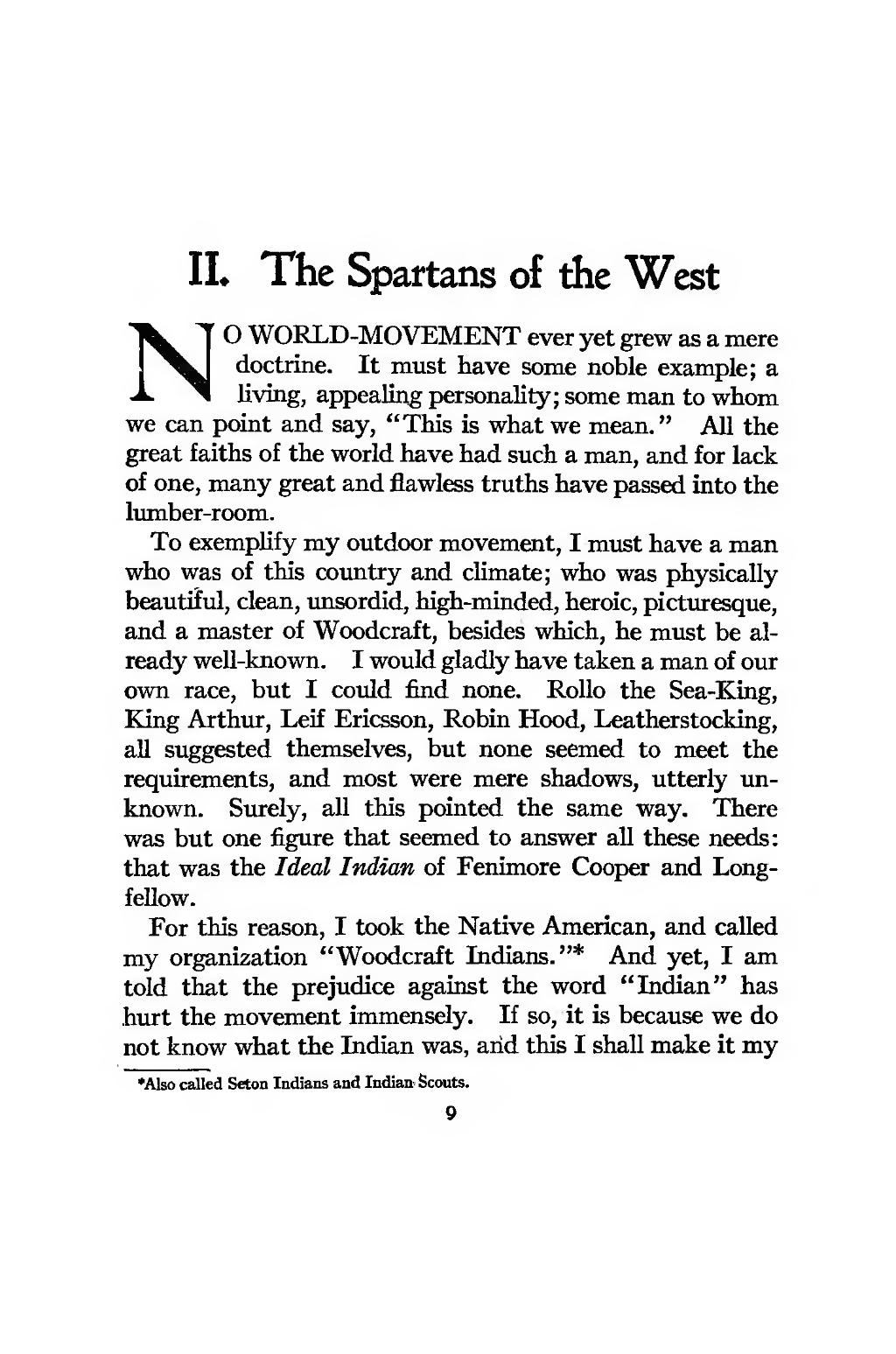