286 The Book of Woodcraft and the squirrels kept it cleaned up from day to day, and thus the ground was always ready for a fresh start. But the best of all is the hoof mark for the shoe. These iron hoof marks are fast to a pair of shoes, and leave a trail much like a real deer. This has several advantages. It gives the hunter a chance to tell where the trail doubled, and which way the deer was going. It is more realistic, and a boy who can follow this skilfully can follow a living deer. In actual practice it is foimd well to use a little corn with this on the hard places, a plan quite consistent with realism, as every hunter will recall. It is strictly forbidden to any hunter to stand in front of the firing line; all must be back of the line on which the shooter stands. There is no Kmit to the situations and curious combina- tions in this hunt. The deer may be left standing or lying. There is no law why it should not be hidden behind a solid tree trunk. The game develops as one follows it. After it has been played for some time with the iron hoof mark as above, the boys grow so skilful on the trail that we can dis- pense with even the corn. The iron mark like a deer hoof leaves a very realistic "slot" or track, which the more skil- ful boys readily follow through the woods. A hunt is usually for three, five, or more deer, according to agreement, and the result is reckoned by points on the whole chase. THE BEAR HUNT This is played by half a dozen or more boys. Each has a club about the size and shape of a baseball club, but made of Sifi^w Club jW"ii~rinn!^ayy.! straw tied around two or three switches and tightly sewn, up in burlap. 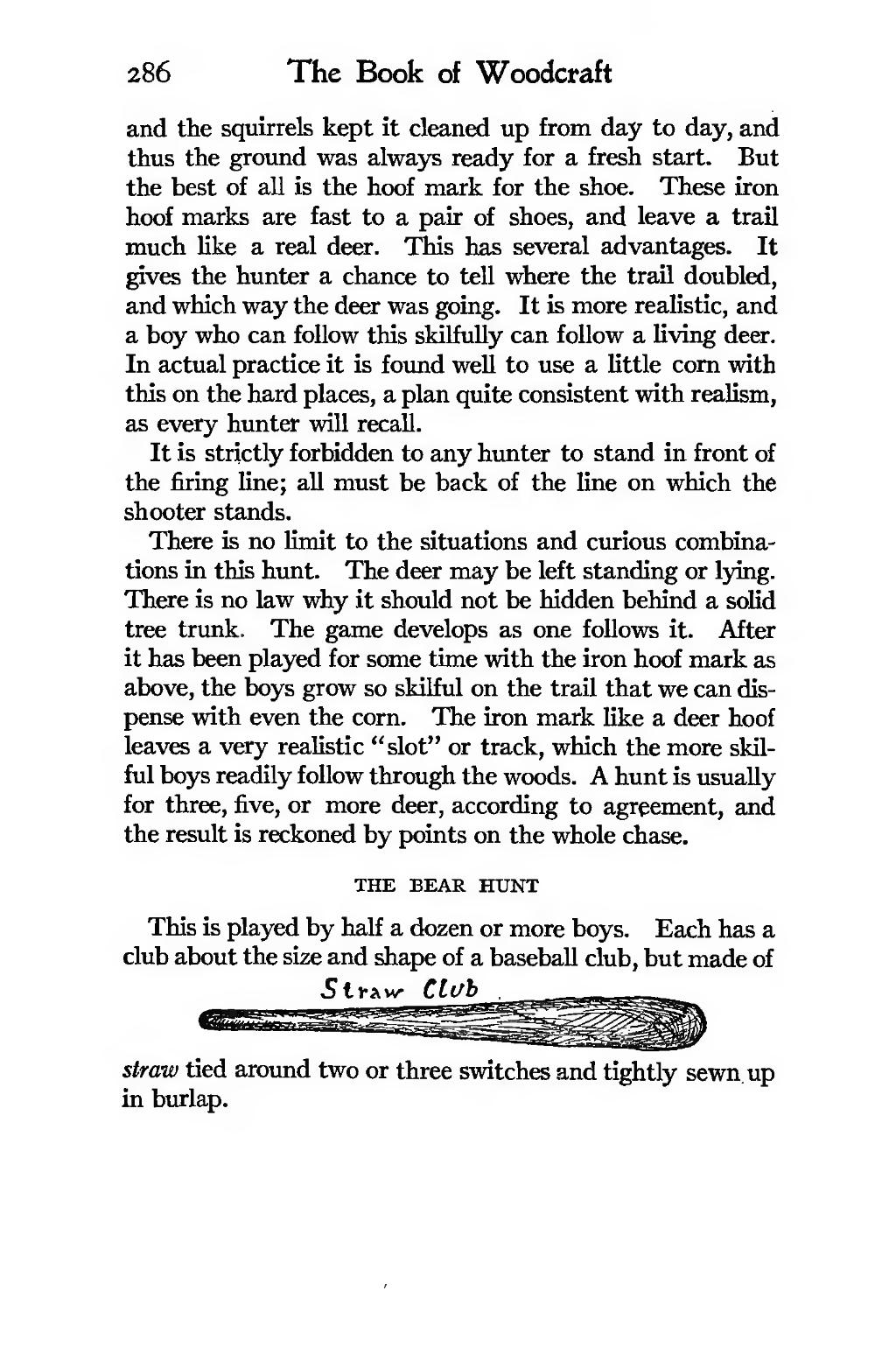