Games for the Camp

If one drops his spear, and recovers it without going off, it is all right. The battle is usually for 5, 7, or 11 rounds. I do not know of any good thrusts having been invented, but several good parries are well known. One is to use your spear-handle as a single stick. The best players parry much by wriggling the body. Often, when over- balanced, one can regain by spinning completely around. So much for the game. It is immensely popular at night by the blazing campfire, and is especially used in initiations. STILL-HUNTING THE BUCK, OR THE DEER-HUNT The deer is a dummy, best made with a wire frame, on which soft hay is wrapped till it is of proper size and shape, then all is covered with open burlap. A few touches of white and black make it very realistic. ift.ktfK, If time does not admit of a well-finished deer, one can be made of a sack stuffed with hay, decorated at one end with a smaller sack for head and neck, and set on four thin sticks. 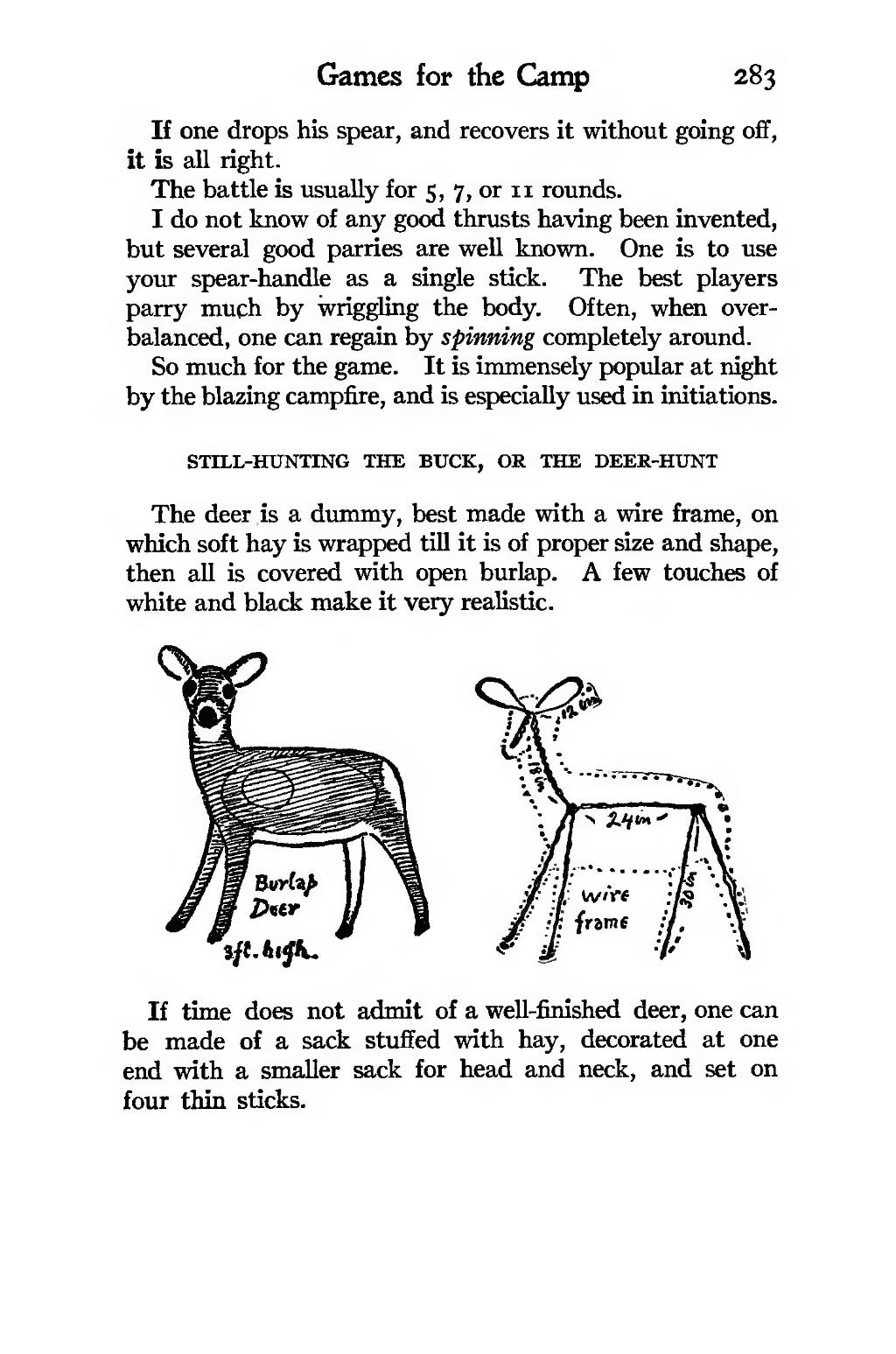