282 The Book of Woodcraft feet of his rival, and now he endeavors to put him over- board. Points are reckoned thus: Forcing your enemy to put one foot down off the seat S Forcing your enemy to put two feet down off the seat lo Forcing your enemy on one knee ... 5 Forcing your enemy down on two knees 10 Forcing your enemy to lose his spear . 10 Forcing your enemy overboard ... 25 It is a foul to strike below the knee, or to use the spear as a club. The umpire may dock up to 25 points for fouls. When canoes are used, the spearman stands on the bot- tom, so all points are by loss of spear, or by going over- board. TUB-TILTING ON LAND But by far the most of the tilting is done on land, around the campfire. For this we use two barrels, about flour barrel size. These are set level, exactly a spear length apart, centre to centre. Each fighter takes his place on a barrel, and his game is to put the other off the other barrel. To prevent acci- dents, we have usually a catcher behind ^ach man. The umpire stands alongside, near the middle. It is a foul to use the spear as a club, or to push below the knees, or to push the barrel, or to seize the other man's spear in your hand. A foul gives the round to the other man. The round is over when one man is off. It is a draw when both go off together. They change barrels and spears after each round. 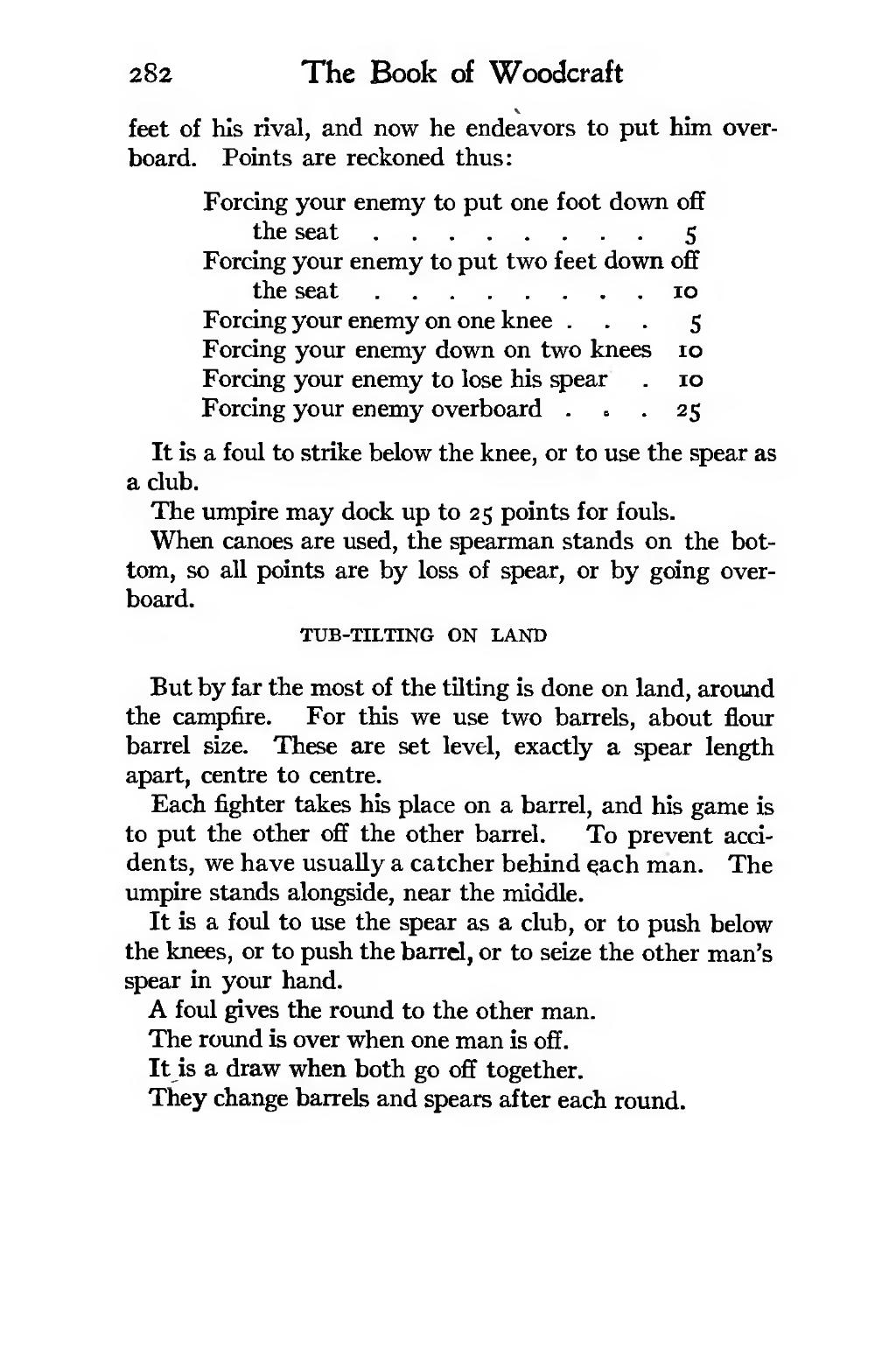