Games for the Camp 281 sapling was cut for handle, and the end tied up in a bundle of rags that was 18 inches through. This was hard enough to lift, when dry, and as it usually soon fell into the water, and got sopping wet, its weight became trebled, and one could not use it as a spear at all. The correct spears always used in our camps are made thus: Take 8 feet of the butt-end of an ordinary bamboo fishing-rod — or, if anything, a little heavier than ordinary. Get a 2-inch plank of any light wood, and from this cut a disk 3 inches across, bevel off and round the edges. Bore a hole (about I inch) in the middle, and put this on the top of the bamboo, so that it sets against a shoulder or knot. Drive a circular plug in the hollow of the bamboo for a wedge, and make all secure with one or two very thin nails driven in (No. 7). Now pad the head an inch thick with the ordinary horsehair stuflSng that is used in furniture, and bind all with strong burlap, sewing it at the seams, and lashing it around the bamboo with string (No. 8). This completes the dry land spear. If for use in the water, make a final cover out of rubber cloth. This keeps the spear dry. A completed spear weighs about i^ lbs. Each band should have a half-dozen of these spears. They serve a number of purposes, some of them quite dif- ferent from that originally intended. TILTING IN THE WATER When used in the water, the ordinary rules of canoe- tilting are followed. Each spearman stands in the bow of his boat, on the bow-seat. His crew bring him within 8 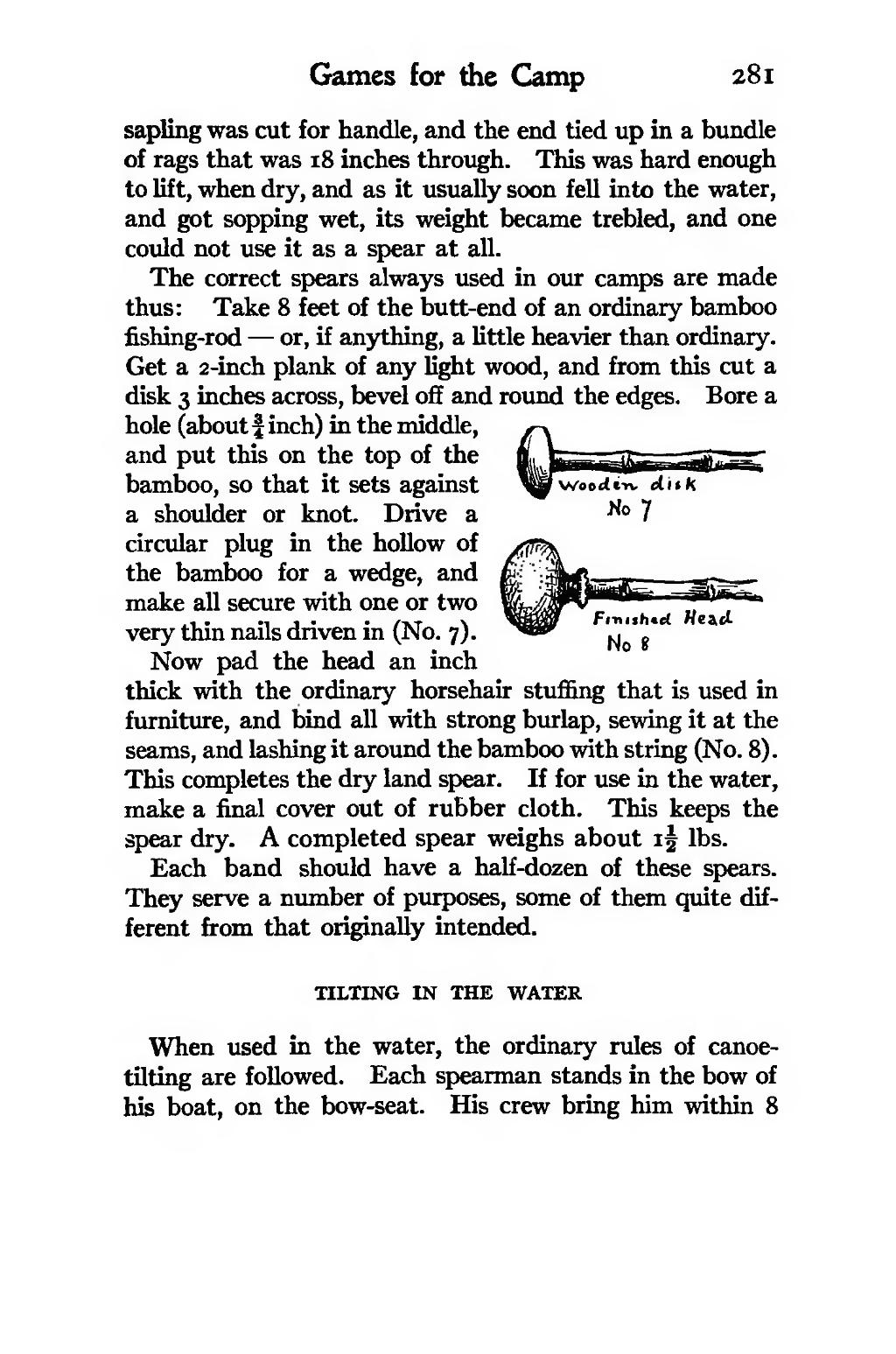