232 The Book of Woodcraft My attention was first directed to the Sign Language in 1882, when I went to live in western Manitoba. There I found it used among the Crees and Sioux, the latter especi- ally being expert sign-talkers. Later, I found it a daily necessity for travel among the natives of New Mexico and Montana. One of the best sign talkers I ever met was the Crow In- dian, White Swan, who had been one of Custer's Scouts. He was badly wounded by the Sioux, clubbed on the head, and left for dead. He recovered and escaped; but ever after was deaf and dumb. However sign talk was familiar to all his people and he was at little disadvantage in day- time. From him I received many lessons in Sign Language and thus in 1897 began to study it seriously. Now I wish to teach it to the Scouts. If each of them would learn to use with precision the one hundred and fifty schoolboy signs and then add twice as many more, they would become fairly good sign-talkers. These additional signs they can find in the "Dictionary of the Sign Language."* Why should you talk the Sign Language? There are many reasons: In this code you can talk to any other Scout, without a outsider knowing or understanding. It makes conversation easy in places when you must not speak aloud, as in school, during music, or by the bedside of the sick. It is a means of far-signaling much quicker than sema- phore or other spelling codes, for this gives one or more words in one sign. It will enable you to talk when there is too much noise to be heard, as across the noisy streets. •To be issued by Doubleday, Page &• Co. 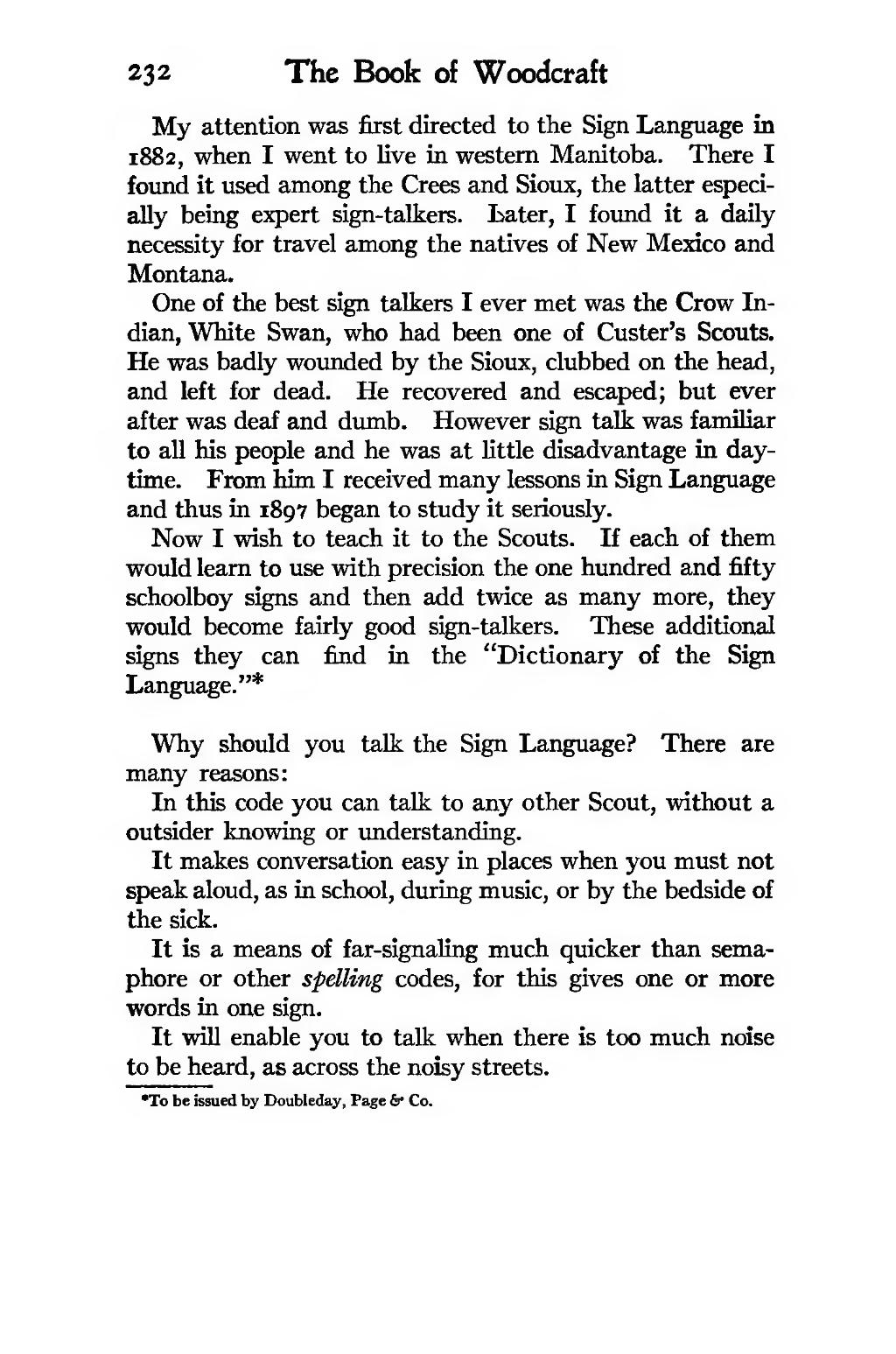