VIIL General Scouting Outdoors Rubbing-Stick Fire I HAVE certainly made a thousand fires with rubbing- sticks, and have made at least five hundred difi'erent experiments. So far as I can learn, my own record of thirty-one seconds from taking the sticks to having the fire ablaze is the world's record, and I can safely promise this: That every boy who will foUow the instructions I now give will certainly succeed in making his rubbing- stick fire. Take a piece of dry, sound, balsam-fir wood (or else cedar, cypress, tamarac, basswood or cottonwood, in order of choice) and make of it a drill and a block, thus: Drill. Five eighths of an inch thick, twelve to fifteen inches long; roughly rounded, sharpened at each end as in the cut (Cut I a). Block, or hoard, two inches wide, six or eight inches long, five eighths of an inch thick. In this block, near one end, cut a side notch one half an inch deep, wider on the vmder side; and near its end half an inch from the edge make a little hoUow or pit in the top of the block, as in the illustra- tion (Cut I b). Tinder. For tinder use a wad of fine, soft, very dry, dead grass mixed with shredded cedar bark, birch bark or even cedar wood scraped into a soft mass. 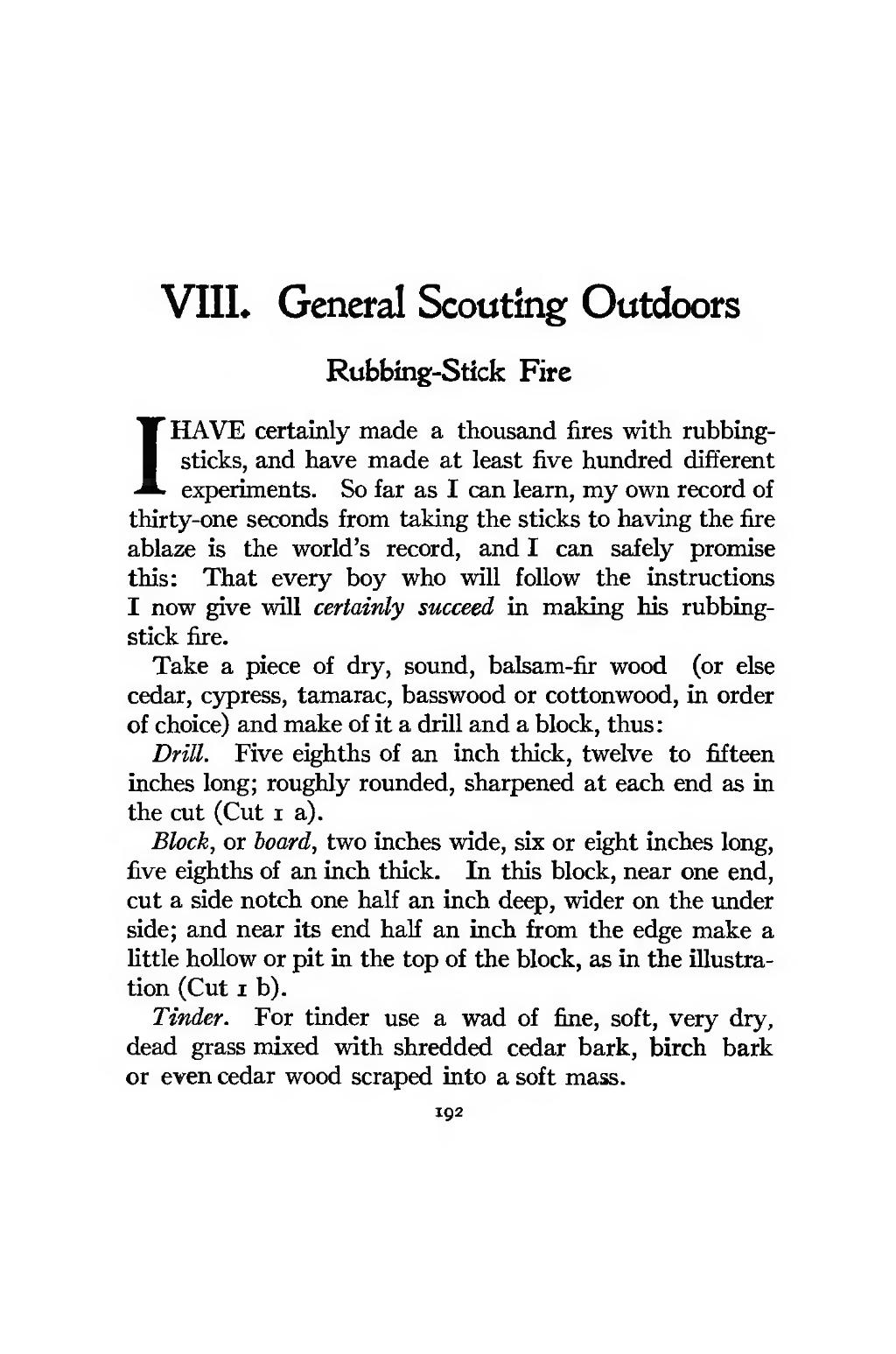