Songs, Dances, and Ceremonies 151 After going once around, each is back again near his squaw, and she holds out to him the war club and utters the Uttle squaw yelp. Each brave takes his club, and now begins the crouch dance. Going three times around, and each time crouching lower while the squaws stand or sit in a circle, arms down tight to side, but bodies swaying in time to music. In the fourth round all are crouching very low and moving sideways, facing inward. The music suddenly changes, and all do the slow sneak toward the centre with much pantomime. The squaws watch eagerly and silently, leaning forward, shading their eyes with one hand. All the braves strike the fire together, utter the loud war whoop, and stand for a moment with hands and weapons raised high, then, in time to the fast drum, dance quickly erect with high steps and high heads to the squaws who utter the squaw yelp for welcome, and all sit down as before. The squaws begin the singing again, repeat the whole scene, but this time the chief falls when the block is struck, and is left Ijang there when the other braves retire. His squaw stands up, and says: " Mee-heheenna tuk-tay- ay-hay natang ee-tang-chang-keeng." ("Where is my chief, he who led you to battle?") All look and whisper; his wife gets up to seek. Soon she finds him, and flinging herself on his breast with clasped hands, breaks forth in the lament for the dead, which is a high-pitched, quavering wail. The warriors lift him up and slowly carry him off the scene, out of sight, followed by the squaws, who, with heads bent, sing: 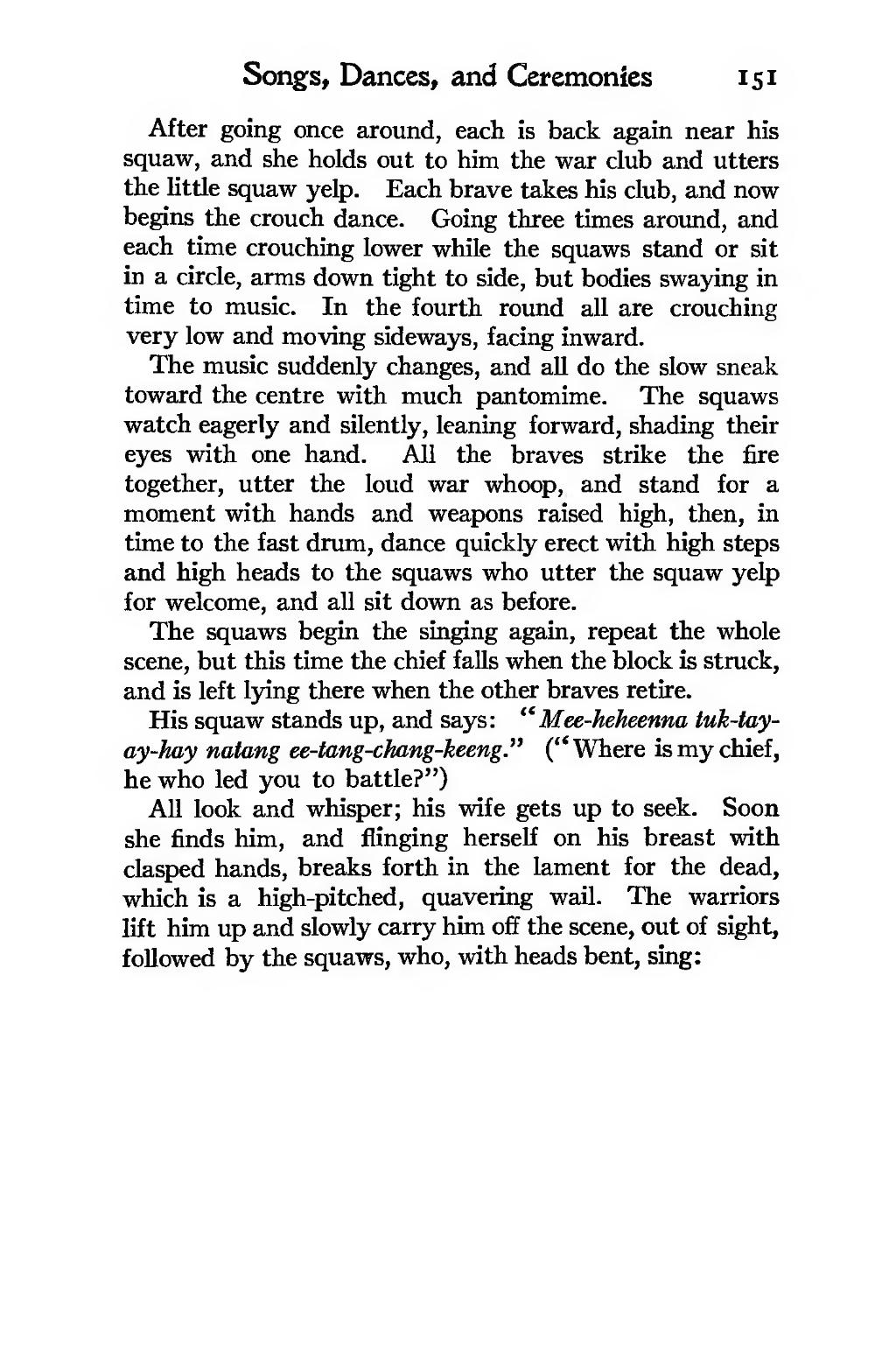