94 The Book of Woodcraft STANDARDS OF HONORS These exploits are intended to distinguish those who are first-class in their department, and those who are so good that they may be considered in the record-making class. They may be called Honors and High Honors, but the Plains Indians speak of their exploits as Coup (pronounced coo) and Grand Coup. The Sioux, I am informed, use the French word coup, but call them "Justee-na coo," and "Tonka coo," the "Little Deed," and the "Big Deed." No one can count both Coup and Grand Coup, or repeat their honor in the same department, except for heroism, mountain chmbing, and others that are specified as "re- peaters," in which each honor is added to that previously worn. No honors are conferred unless the exploit has been properly witnessed or proven, as though for the Century Bar of the L. A. W. When it is a question of time under one minute, only stop-watches are allowed. Honors are allowed according to the standard of the year in which the application was made. An honor, once fairly won, can never be lost for sub- sequent failure to reach the standard. Except when otherwise stated, the exploits are meant for all ages. Any one counting coup, according to the class above him may count it a grand coup in his own class, unless other- wise provided. This Ust is made by the High Council of Guidance. The exploits are founded on wqrld-wide standards, and with the help of the best experts. The Council wiU gladly consider any suggestion, but it must be under- stood that no local group has any power to add to or vary the exploits in any way whatsoever. 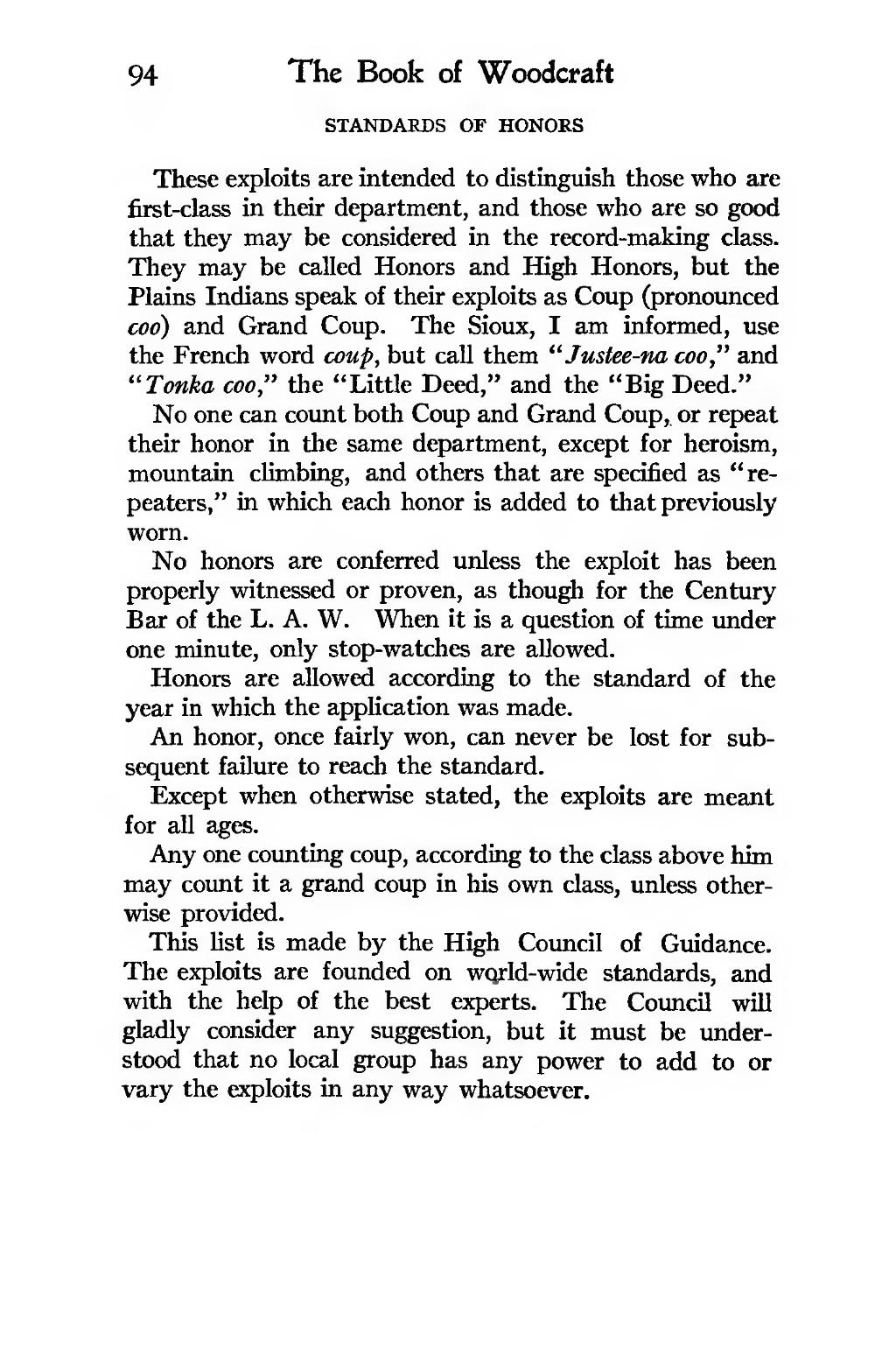