5 so The Book of Woodcraft told, stifling the voice within that tells him he is espousing the cause of Jezebel, Herod and Moloch, and pledging his manhood to the service of hell. When General Crook set off in deep winter to hound the Dakota patriots to their death, and to slaughter their women and babies, he admitted, as we have seen, that it was a hard campaign to go on. "But," he added, "the hardest thing is to go and fight those whom we know are right. " Thefi why did he go? If Crook had been ordered by the War Department to nail the Saviour to the Cross, I suppose he would have done it, and wept as he obeyed; or, under orders of Herod, he would have slaughtered the babes of Bethlehem as expedi- tiously as his broken heart would have allowed. The British general who led his troops against China, probably all against his better judgment, and there, by force and bloodshed, estabhshed the diabolical opium traffic, obeyed his government, indeed, and gained some money for his country's merchants. But he made an awful day of reckoning for himself and for his race. When the French army decided that it was wise to sacrifice innocent Dreyfus for the cause of patriotism, they set the army above justice and their country in a higher place than God. And thus struck France a blow from which she never yet has recovered — we cannot tell — maybe a death-blow. Most men agree with the Indian that courage is one of the greatest, if not the greatest, of virtues. How many of them dare live up to this belief? To most men, in some measure, there comes a time when they must decide between their duty to country and their duty to God. How many dare take the one course that they know to be right? Are there no times when man's allegiance to high principle must 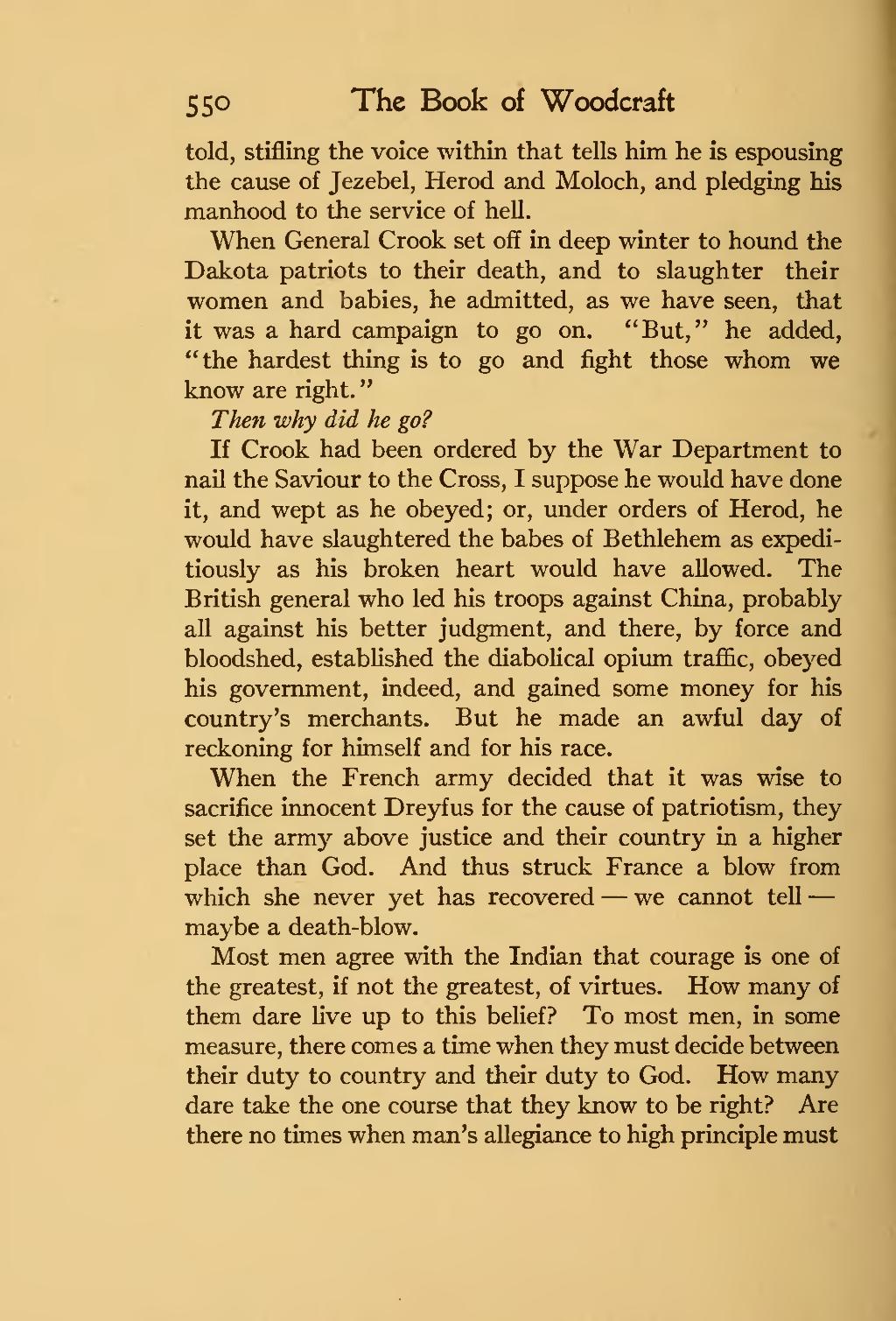