544 The Book of Woodcraft miserable comfort he could for the few minutes or hours remaining to him! A curious incident here followed. An ambulance had come with Lawson's troop to the field, in which the body of Everett and his wounded mate were placed, while the body of the dead Cheyenne was thrown into the boot at the back of the conveyance. Upon ar- rival in the garrison, Lieutenant Baxter discovered that the body of the Indian had been lost out of the boot on the short four-mile journey into Robinson, and sent back a sergeant and detail of men to recover it. But the most careful search along the trail failed to reveal any trace of the body, and whatever became of it to this day remains a mystery. On the night of the tenth, fifty-two Indians had been captured, approximately half of them more or less badly wounded, and thirty-seven were known to have been killed, leaving a total of sixty unaccounted for. Still without food, on the morning of the eleventh, the seventh day of their fast, and unable to march farther. Cap- tain Wessells's column found the fugitives occupying a strong position in the thick timber along Soldier Creek at the foot of the hill upon which they had been entrenched the day before, better sheltered from the severity of the weather. Again long-range firing was the order of the day, for a charge would have incurred needless hazard. During this day the Indians succeeded in killing a troop horse on an exposed hillside within three or four hundred yards of their position. The rider narrowly escaped with his life. The ground where the horse fell was so openly exposed, the carcass had to be left where it had fallen, and that night, after Captain Wessells had again marched his com- mand back to the garrison, the carcass furnished the first food these poor wretches had eaten for seven days! 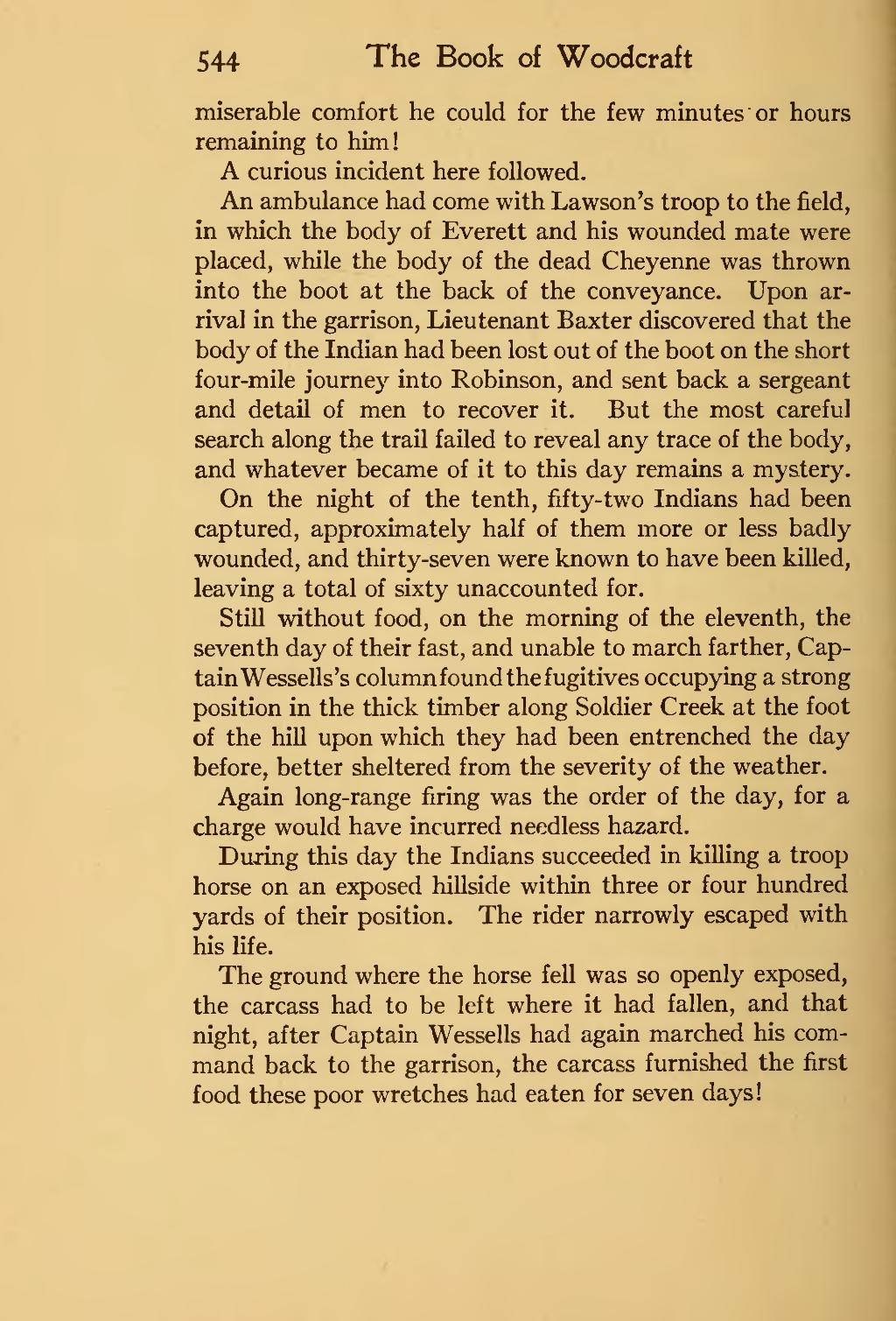