Campfire Stories of Indian Character 529 with them, without further search for arms or ammuni- tion. Later it was learned that that night the Indians quietly loosened some of the flooring of the barrack and hid their arms and ammunition beneath it, so that when a more careful search of their belongings and persons was made two days later, they were found to be absolutely with- out weapons of any description. Dull Knife and his people were confined in the log bar- rack at the southeast angle of the parade ground [at Fort Robinson]. No doors were locked or windows barred. A small guard patroled the barrack prison night and day. What to do with these indomitable people puzzled the Indian Bureau and the army. In December a great council was held in the barrack prison. The Sioux chiefs, Red Cloud, American Horse, Red Dog, and No Flesh, came over from their agency to attend it. The Government was represented by Captains Wessells and Vroom and their juniors. The Cheyennes were gathered in a close circle, the officers and visiting chiefs near its centre, the bucks back of them, and farther back still the squaws and children. Red Cloud was the principal Sioux speaker. He said in substance: "Our hearts are sore for you. "Many of our own blood are among your dead. This has made our hearts bad. "But what can we do? The Great Father Is all-powerful. His people fill the whole earth. We must do what he says. We have begged him to allow you to come to live among 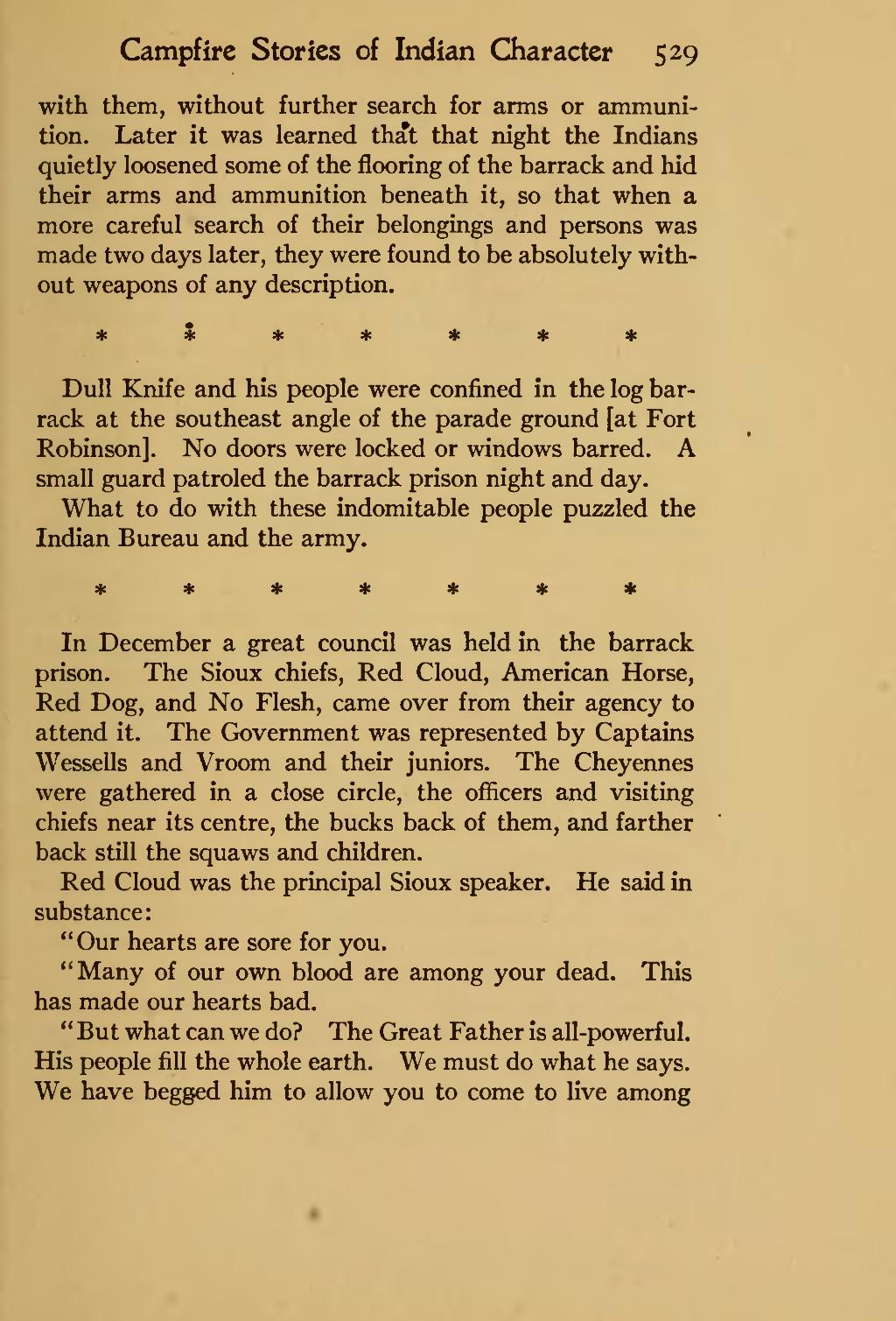