Tonic: An infusion or tea of black alder bark is a wonderful tonic, and a healer of the skin, inside and out. Boil a pound of bark in a gallon of water till a quart is left. Take half a cupful four times a day. This is a bracer for the feeble constitution. Tonic: A fine tonic is made from the twigs of sweet birch, by boiling two pounds of twigs in a gallon of water, till it makes about a pint of strong brown tea, which should be sipped, about half a pint a day. Sumac. Tonic: A decoction, or boiled in water extract, of almost any part of the red sumac tree, is a powerful tonic. Make it of two pounds of sumac in a gallon of water boiled to a pint. Take a big spoonful twice a day. Wash for sore throat: Inner bark of hemlock is a power- ful astringent and good as a throat wash. A pound of bark in a gallon of water is boiled to a quart. Worms: The berries of black alder used as tincture 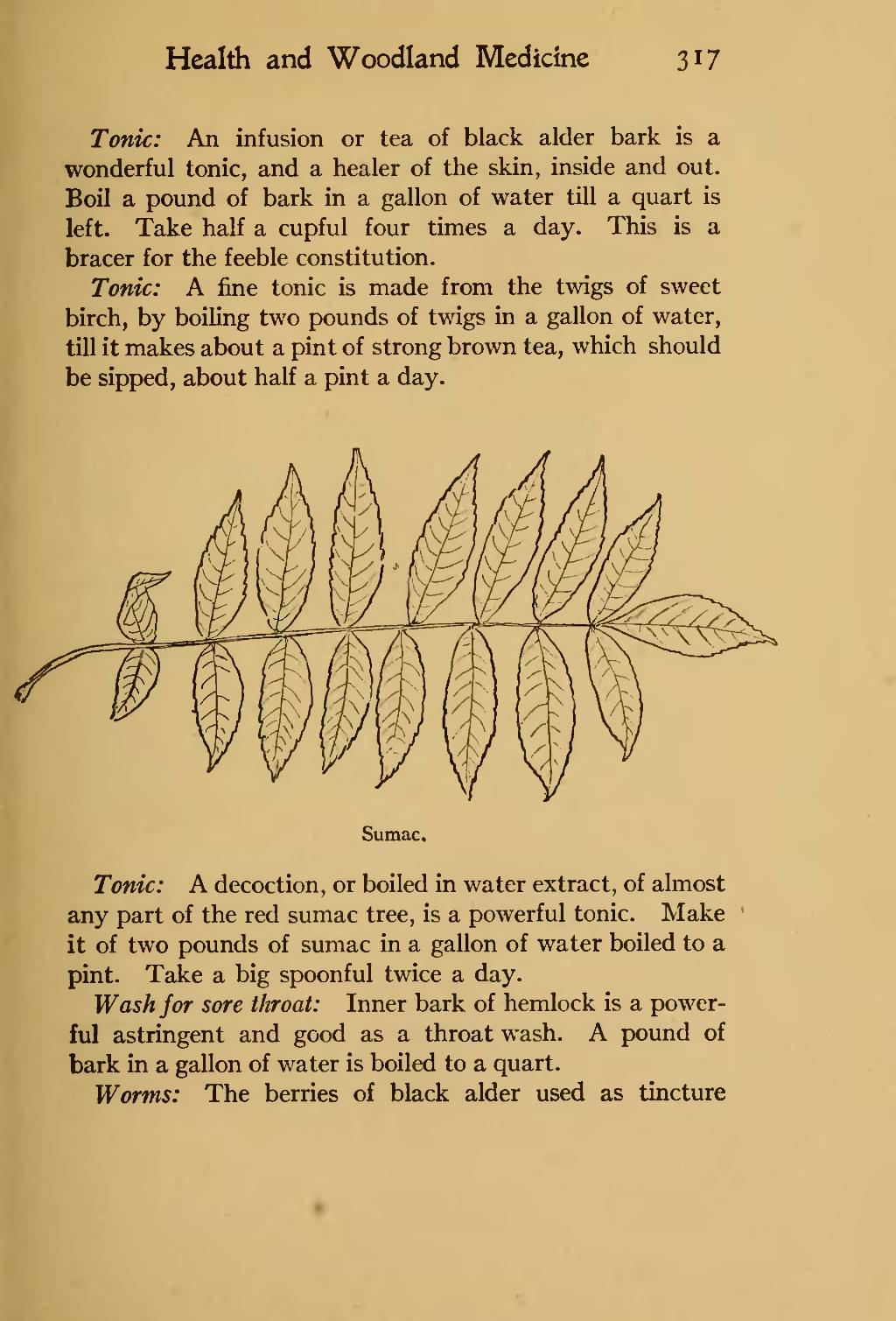