202 The Book of Woodcraft The Stars A settlement worker once said to me: "It's all very well talking of the pleasures of nature study, but what use is it to my Httle Itahans and Polish Jews in the slums of New York? They get no chance to see the face of nature." "If they do not," I replied, "it is their own fault. They watch the pavements too much for coppers; they are forever looking down. To-night you ask them to look up. If the sky is clear, they will have a noble chance." Yes! the stars are the principle study for outdoors at night and above all in winter time ; for not only are many of the woodcraft pursuits impossible now, but the nights are long, the sky is clear, and some of the most famous star- groups are visible to us only in winter. So far as there is a central point in our heavens, that point is the Pole Star — Polaris. Around this all the stars in the sky seem to turn once Jv.. >'y in twenty-four hours. It is ® '^^••*-^/ easily discovered by the help •9 Vv of the Pointers, or Dipper, "^ ,» ' known to every country boy ^ ^. ^^eit in America.

CUT 1 known by the names of hu- man figures or animals. The modern astronomers laugh at and leave out these figures in the sky; but we shall find it a great help to memory and interest if we revive and use them; but it is well to say now that it is not because the form of the group has such resemblance, but because there is some traditional association of the two. For example: 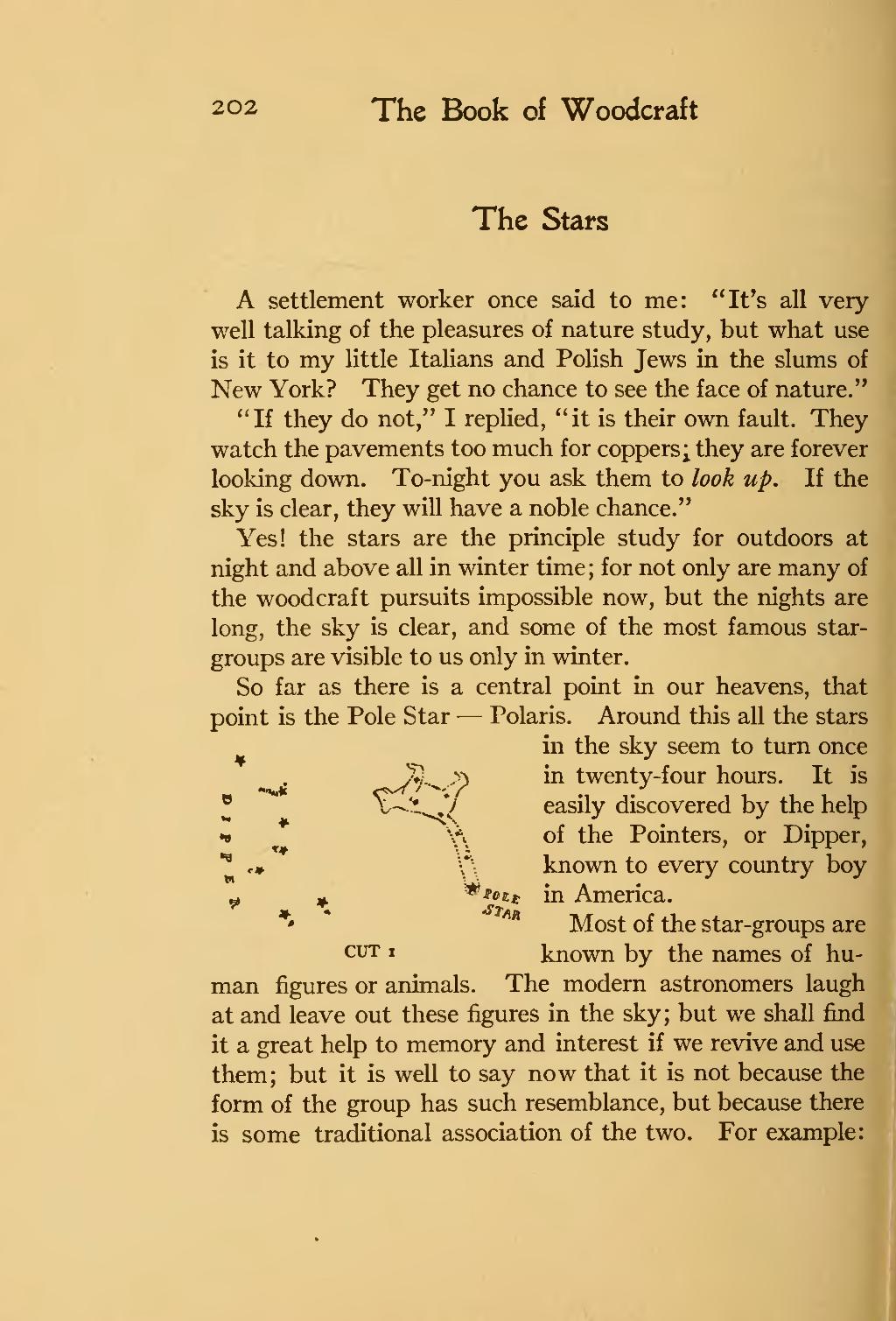