Suggested Programs 177 Mark off on a stick your idea of a yard, a foot, and an inch. Show a war club made by yourself. Dance a step. Sing a song "Mary's Little Lamb" — if you can do no better. Lay a pole to point to true north. Draw a map of North America from memory in ten minutes. Show a piece of wood-carving by yourself, it may be a picture frame, a spool, an image, a doll, a box, or a peach basket — but do it. Give an imitation of some animal — dog, cat, monkey, mouse, bird, or any wild creature you have seen. Let each, in turn, read some one poem, and try who can do it best. Play the part of an Indian woman finding her warrior dead. ONE-DAY HIKES I think it is a good rule in hiking, never to set out with the determination that you are going to show how hardy you are. It is as bad as setting out to show how smart you are. "Smart Aleck" always lands in the gutter. Do not set out to make a record. Record breakers gen- erally come to grief in the end. Set out on your hike determined to he moderate. That is, take a few fellows; not more than a dozen. Plan a moderate trip, of which not more than half the time must be consumed in going and coming. For example, if it is Saturday afternoon, and you must be home by six o'clock, having thus four hours, I should divide it in two hours' travel, going and coming, and two hours' exploration. Three miles is a moderate walk for 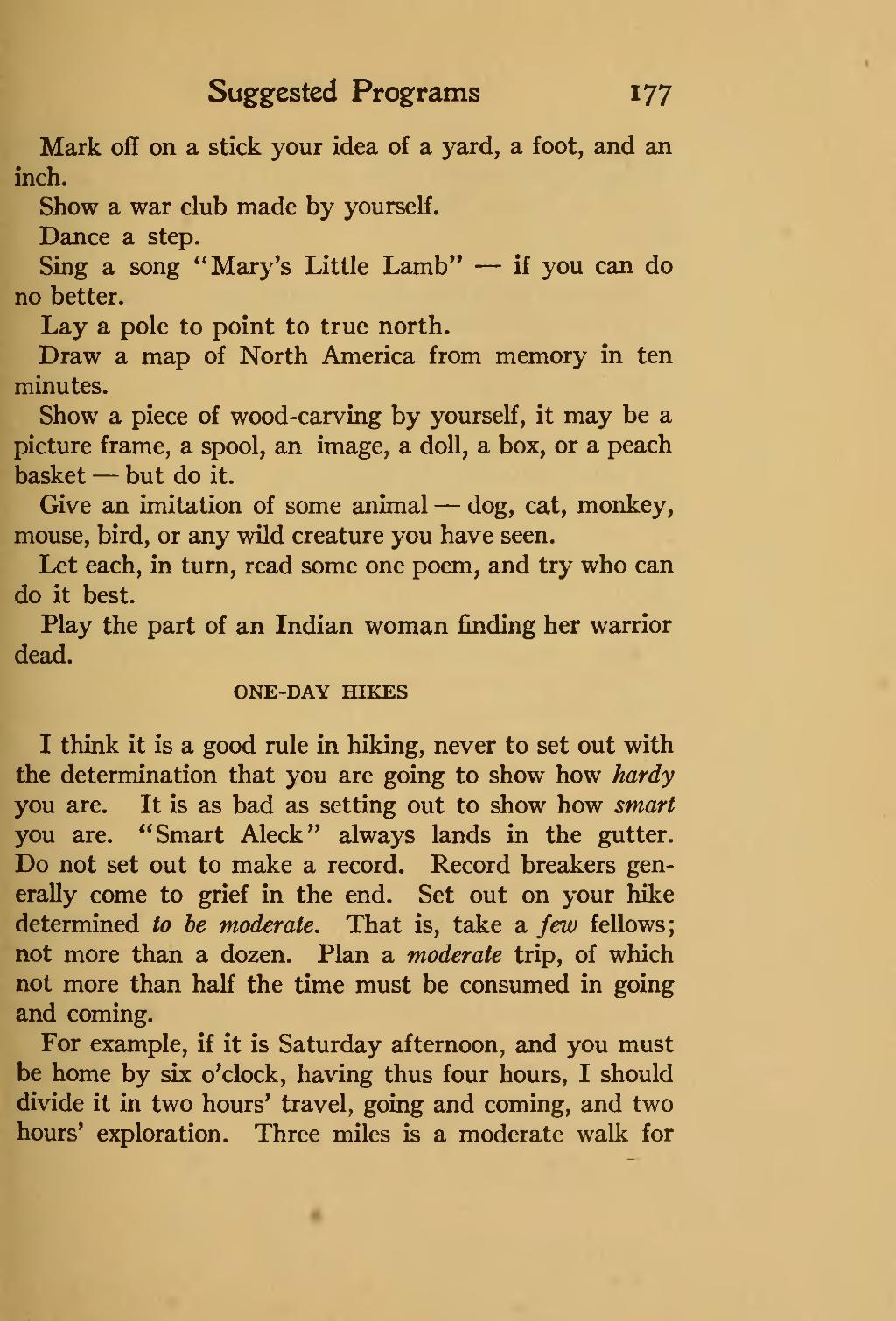